Hi fellas, I really hope you are all well and your riding season, if you are in a northern part of the globe, has successfully begun ;). Today I would like to share a small article on how to build a stylish motorcycle for short-distance street riding on a budget. And the wonderful creation of the K-Speed team from Thailand called the Diablo will serve us an example.

The K-Speed team of customizers is pretty popular and their creations are well-known not only in the Kingdom of Thailand, but far beyond its borders. AFAIK, those guys mainly deal with motorcycle spare parts and accessories. And so, one day they found an old Ural bike somewhere in Thailand for sale. They got an idea to build a bike with a boxer engine.

I only recently has learned that flat-twin engines are called “boxers” in English. In Ukraine and other ex-soviet countries we call them “opposites”.

So, they checked the engine, it was in poor but working condition and this was enough for them to buy the bike. Having lots of spare parts from different bikes the K-Speed team replaced almost everything and created the Diablo.

As I said, the process of building such a Diablo is pretty easy and can be divided into several steps:

Take a frame of an old heavy cossack motorcycle (the K-Speed team took a Ural), remove its tail and create new mounts for new seat and rear shocks. Those guys were pretty lazy and haven’t removed the mounts for a standard central kickstand. One more thing you’ll need to do is create a mount for a side kickstand. BTW, the K-Speed team chose not the best place for a kickstand on the Diablo – the bike gear shift lever and the left cylinder may cause some problems when using the kickstand sitting on a bike. That’s the reason why I have a kickstand placed closer to the tail on my bike.

Step #2: Choosing the Spare Parts from Other Bikes

Now when the metal works are done, you need to replace standard parts: the new gas tank was taken from the Kawasaki TL motorcycle. The handlebar is from some trial bike (who knows, perhaps it’s from the very same Kawasaki). The grips, controls and levers were replaced with new ones. Their style makes me think they were all taken from some trial bike as well. All 4 shocks (2 front and 2 rear ones) were replaced with the new ones from the YSS. I have no idea where those new wheels were taken from, but I’m sure you won’t have problems finding something like this. The new front disk brake replaced the old drum one, which is a good move if the bike is meant to be used for aggressive driving. Yet, the brake disk is a bit small IMHO. I have no idea about the purpose of the bottle below the seat, but it does look good and you may consider placing something like this too. The exhaust system – you can take any tubes you like, wrap them with thermal bandages and get the very same result. As for the lights – you can take whatever minimalist-style lights you like. BTW, have you noticed where the taillight is placed? Take a closer look at the end of the tube that holds the seat 🙂 And the last part you’ll need is the seat – take any triangle seat you like. 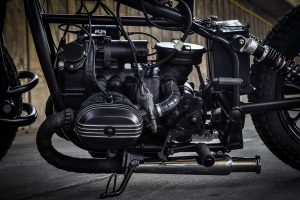 Painting the bike in black with small white elements was a wise choice – this helps hide the imperfections of the frame and engine. If you have a closer look at the engine, you’ll notice that its surface has lots of imperfections because of poor quality metal casting. And black color prevents you from spotting this at first glance.

Once you do these steps, you’ll get a nice bike for short-distance rides, because you won’t feel very comfortable riding it for a long time without stops. Its compact size makes it have pretty good maneuverability, which is good for riding in busy city roads. 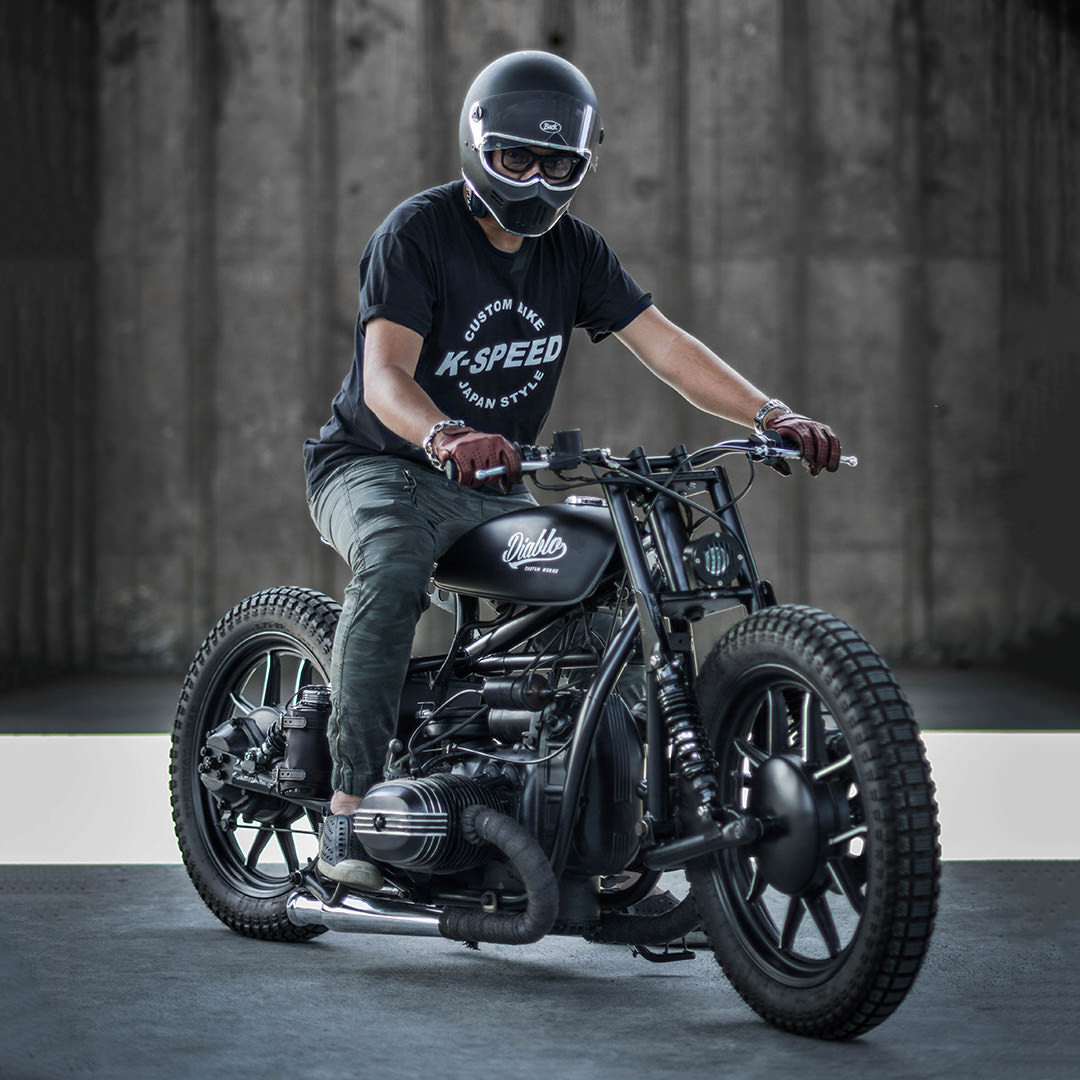 An old bike and a bunch of used spare parts can be turned into a stylish street racer that will drive more attention than expensive Harleys and superfast sport bikes. So, if you need a bike to move around the city, why not building such a bike for yourself?

Let you and your bikes be safe on a road,