Hi folks, hope you are hungry for something new and exclusive? Please meet the Crumn Snatcher – a nicely-built café racer with a pretty impressive performance.

At a first glance, this custom bike seems to be a rather simple project based on a Dnipro MT 10-36. The frame was taken from a Ural motorcycle and its tail was modified to turn the bike into a café racer. The creator of this custom Dnipro café racer removed standard shock absorbers and installed one shock absorber from a Honda CB-1, so now this bike has a mono suspension. 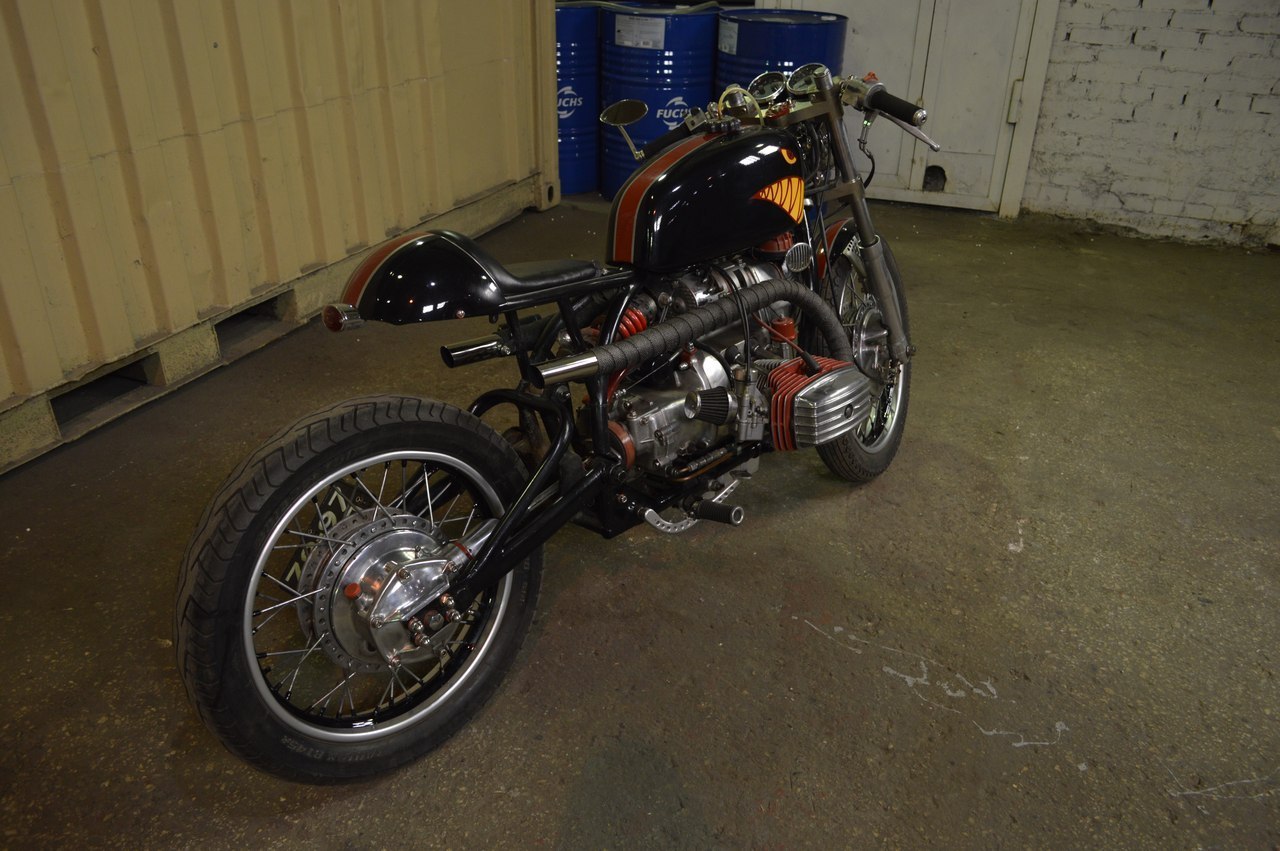 Nothing was done to the wheels, apart from painting. The same thing is with the brakes – the bike has standard drum brakes. The gas tank was left untouched as well. 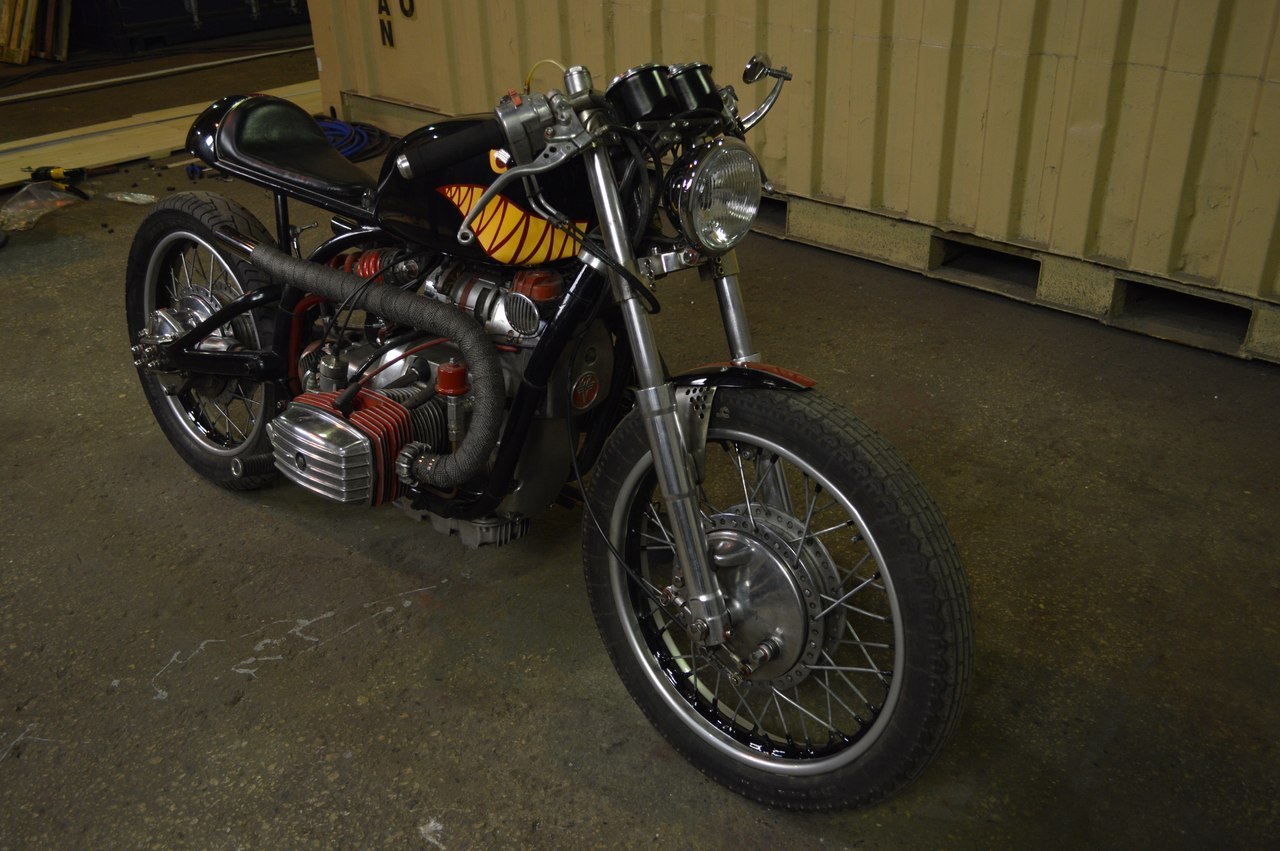 The front fork was replaced with the one from an Izh Planet Sport. A Dnepr MT handlebar was replaced with clip-ons. The clip-ons were taken from who-knows where, or, probably, custom-made specifically for this project. The switches and levers seem to be standard or at least look like standard ones. The exhaust pipes might be standard, but they are installed “upside down” and are wrapped with heat-resistant bandage. The headlight is a simple round headlamp taken from who-knows where, but it does fit the general look nicely, so I believe it was a good choice. 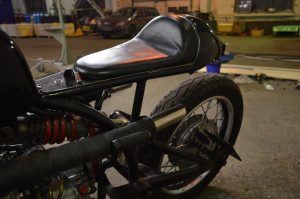 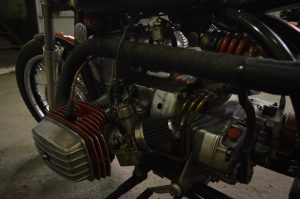 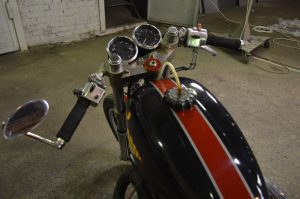 Anyway, as you can see, building such a custom café racer from a Dnepr MT won’t be too much of a problem. The key element of this particular project is its performance. The creator of the Crumb Snatcher says that it runs up to 130 km/h, which is 80 MPH, at the 3rd gear. The engine of this bike is said to be able to provide up to 7500 RPM, which is extremely high for Dnipro and Ural bikes.

Here are the upgrades the creator of the bike claims to be done to the engine to achieve such a wonderful performance:

Frankly speaking, I’m not sure if this is true about the 7500 RPM, but if it’s so, I believe the crankshaft and the bearings it’s attached to have to be in absolutely ideal condition. The crankshaft and flywheel should be perfectly balanced to prevent any problems on such high RPM.

All in all, the description sounds promising, but I will never do this to my engine, I like it too much to make it suffer from such an excess usage. It’s just not meant to be used on such high RPM. If you need your heavy cossack motorcycle run faster, you should install the 10×35 final drive and the 5-speed gearbox. You’ll get the same speed improvement this guy achieved without destroying your engine.

And what do you thing about this? Can a Dnipro/Ural engine operate on 7500 RPM? Please leave your thoughts in the comment section below.