Hi all, hope you are doing fine and are ready to see something awesome, because I have a 100% unique custom chopper with a Dnipro MT engine to share with you. Please meet – the Tutankhamun! 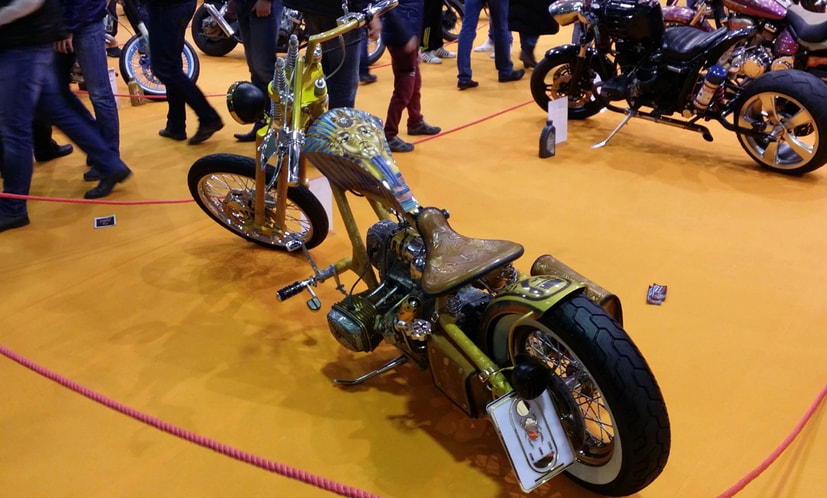 As you can see, the Tutankhamun looks more like a piece of art from some museum than like a motorcycle 🙂 Yet, it’s a real bike that runs pretty great, you can tell this from the video.

The guy sitting on this custom chopper is its owner and creator from some small town in russia. That’s not the first custom project he completed, he built two custom automobiles in the past, but it’s his first custom bike and I should say the bike is really fantastic. 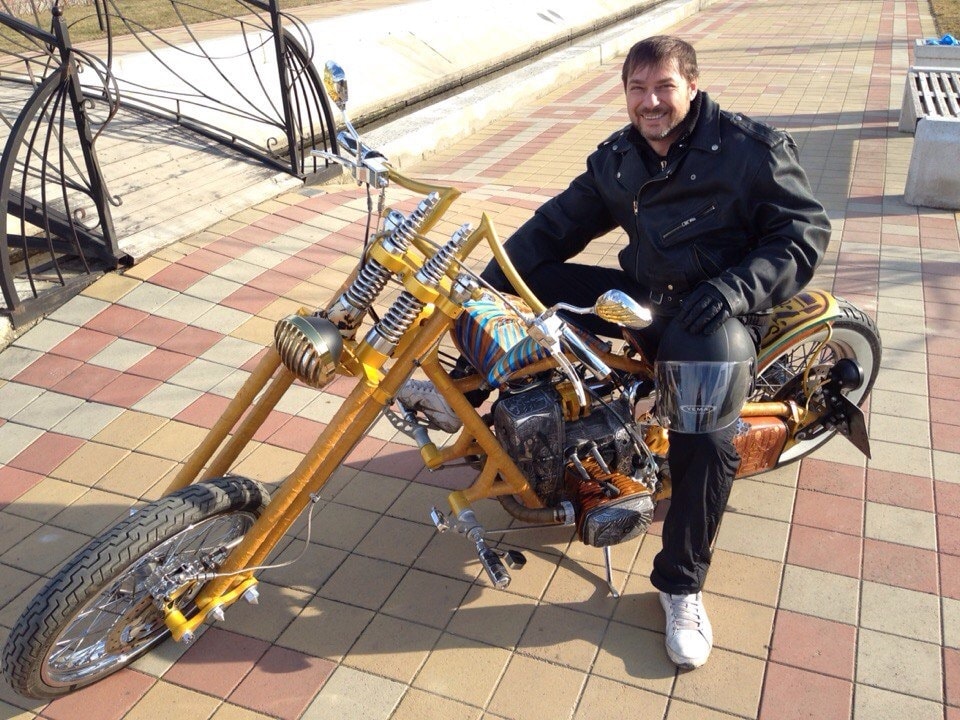 All elements of this custom cossack chopper, even the smallest ones, fit the general idea of the bike. Just take a look at the frame. Yes, it’s a custom built hardtailed frame, but there is even more about it… it’s wrapped with bandage, just like ancient Egyptian mummies.

There are only few stock parts used for this custom chopper. The wheels are from some HD model. The same situation is with the foot pegs, grips, clutch and brake levers.

The majority of the elements are custom-made. Let’s take, for example, the front fork. Obviously, it was created specifically for this project. This old-school styled fork makes the design of the Tutankhamun complete.

Another great and 100% unique part is the gas tank. According to its owner, the idea of the bike appeared when the gas tank was ready and someone said that it looked like a pharaoh mask.

I can’t but point your attention to the leather works – the seat and the bags look fantastic. In addition to their look, there is another great thing about the bags – one of them is the place where the battery of the Tutankhamun is hidden. 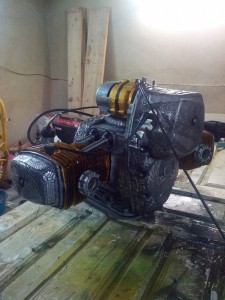 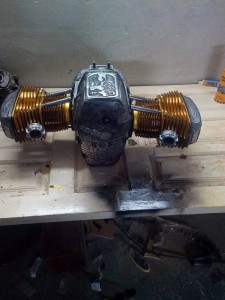 And what do you think about the engraving on the engine, gearbox and main drive? BTW, the main drive is definitely from an Ural motorcycle. It’s more compact than a Dnipro one. It took lots of time and efforts to make all this engraving, but it was worth it. Thanks to it and the yellow painting, these parts fit the style of the Tutankhamun ideally.

Building this custom cossack chopper was a pretty difficult task and it’s no wonder the Tutankhamun won the price of the best custom bike on the South Moto Expo 2016 in russia. That’s the second custom cossack motorcycle that became a winner of some show this year. The first one was The Rook – a Custom Café-Racer Built from an M-72 Motorcycle. Let’s hope we’ll see more award-winning interesting and 100% exclusive cossack motorcycles this year.